Lora Maria Herrmann Czech isn’t a household name. Still, she was well-loved and is missed by her friends and family. She passed away ten years ago today. The time since her death seems to have gone by so quickly. It’s weird to think that for a quarter of my life, she’s been gone. She was a big influence on me. 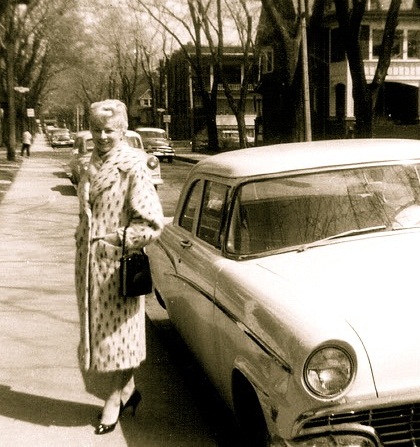 See, I was her first grandchild. She adored all three of us and was a big part of our lives. She lived in the apartment next door, and later, when my parents bought a house, in a house of her own a few miles away. To me, she was Oma.

Oma was born on August 9, 1926 near Stuttgart, Germany. She went to went to modelling school and also earned a diploma that qualified her as a cosmetician, esthetician and hair dresser. 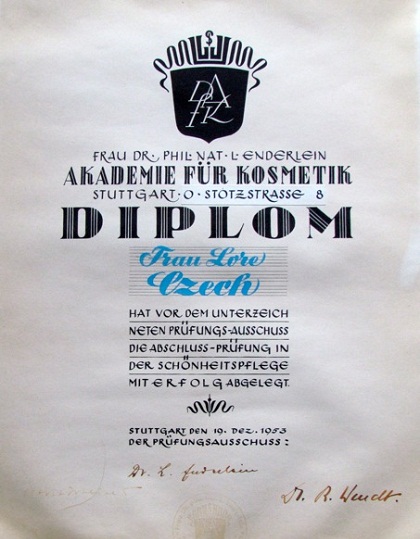 When she immigrated to Canada in the spring of ’57 she opened her own beauty parlour in Toronto. It was so successful that her husband decided to open a shop too! After several years as an entrepreneur she developed an allergy to the dyes and perm solutions she was exposed to in the salon.

She switched careers and worked at Holt Renfrew and Eaton’s in retail fashion, all while raising her two kids (my mom and uncle). Her flair for fashion and love of style made an impression on me. Some of my earliest memories are me in Oma’s apartment, wearing her shoes. She was only a size 6, but I was a kid, and those were big shoes to fill. 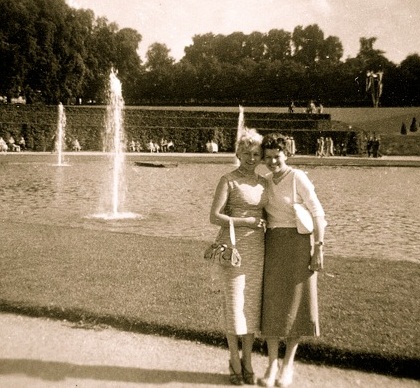 Working in high-end fashion gave Oma the opportunity to collect wonderful clothes by famous designers. She taught me about Missoni, Pucci, Diane von Furstenberg, and Prada (I wrote about Oma’s hand-me-downs a few weeks ago).

Oma had style and grace. She helped me dye my hair a perfect shade of blonde when I was in high school. Nothing brassy, nothing ashy. Something between honey and wheat. What a skill! 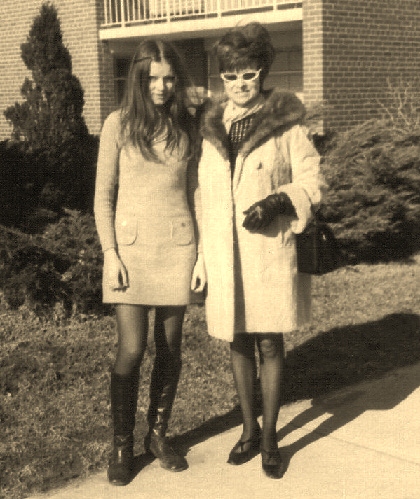 Oma loved music and art, and filled her home with both. I remember visiting her when I was in university. I was too poor for cable so she let me watch MTV during dinner. When “Kiss” by Prince came on, I panicked. What would she think? He was dancing in “questionable” clothes. Oma looked at his outfit and approved. “Wonderful flared pants,” she said. “And can he ever dance in heels!”

Oma wasn’t a gambling woman but she made one bet with me—and won. In the ’80s I wore skinny jeans. Oma liked the universally flattering silhouette of a flare (hence her appreciation of Prince). I hated flares and swore I’d never wear them. She told me everything comes back in style after a time and that one day I would wear them. “Twenty bucks says I never do.” I replied. 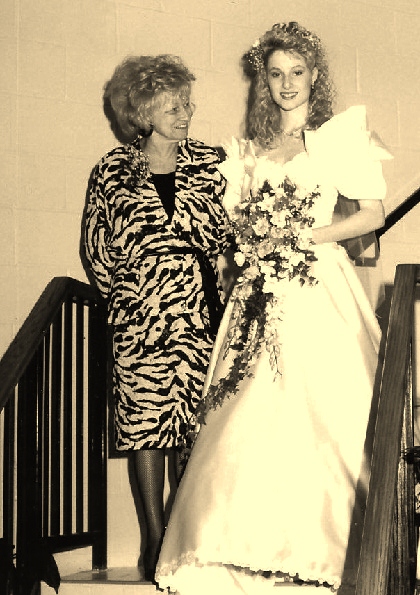 Fast forward to the mid-90s, when retro-70s was in. I arrived at Oma’s place wearing denim bell bottoms. “You owe me twenty dollars,” she said. She made me pay up. She was a woman of her word and made sure I was too.

In my youth, I’d never have guessed how much Oma shaped me. I’ve focused on fashion in this post because fashion was a big part of her life and this is, after all, a style blog. But in so many ways, I’m who I am because of her. So even though she’s gone, her wisdom, style, and influence lives on. 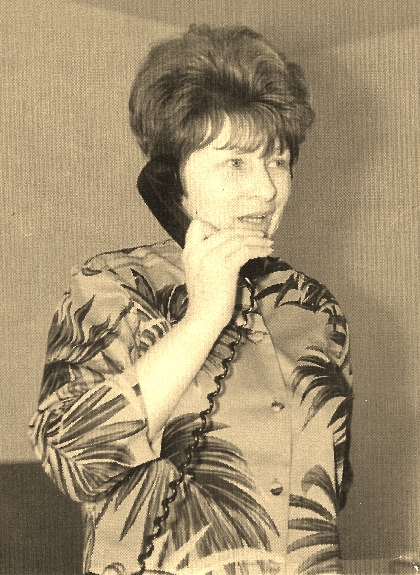