I recently took a pair of shoes from boho to disco. I really liked these cork-wrapped wedges but the cork had bubbled a bit, was scuffed, and wrinkled. 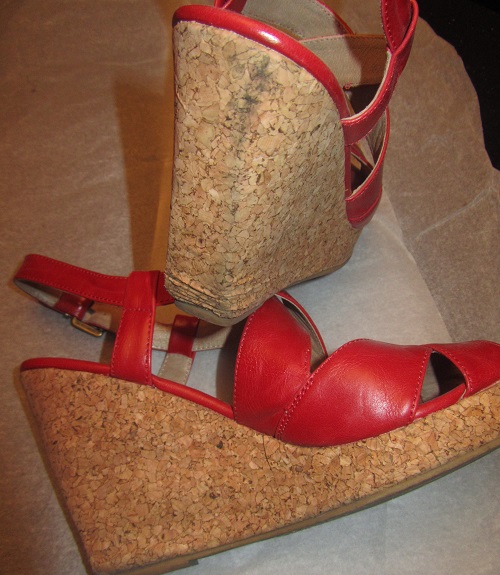 They looked older than they were. 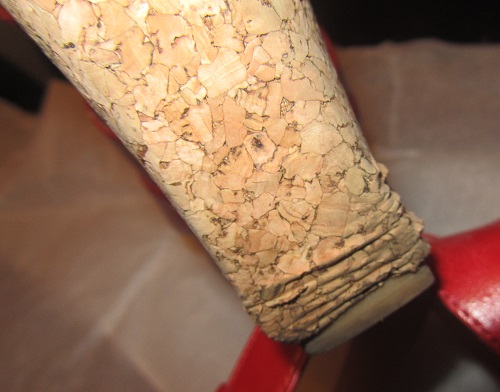 I decided to remove the cork and replace it with sparkles! I carefully peeled off the cork and cut the edges away. 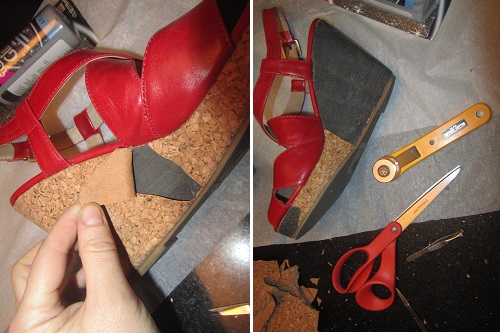 Then I taped up the part of the shoe that I didn’t want to be sparkly. 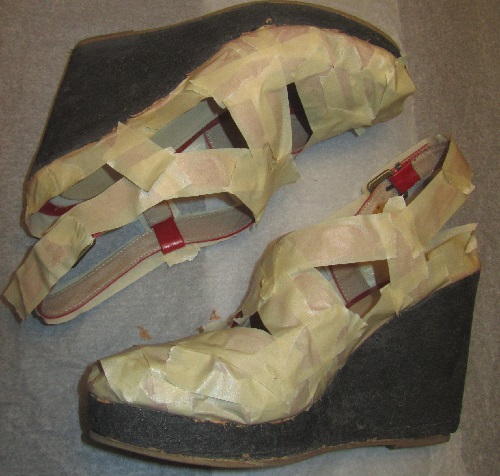 I sprayed on a coat of sparkly fabric paint by I was a bit disappointed with the results. 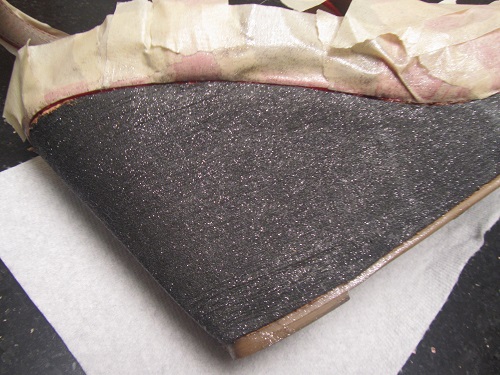 So I went back to the craft store and bought a container of loose glitter. I painted white glue on the wedges, poured glitter over them, and shook the extra glitter off. 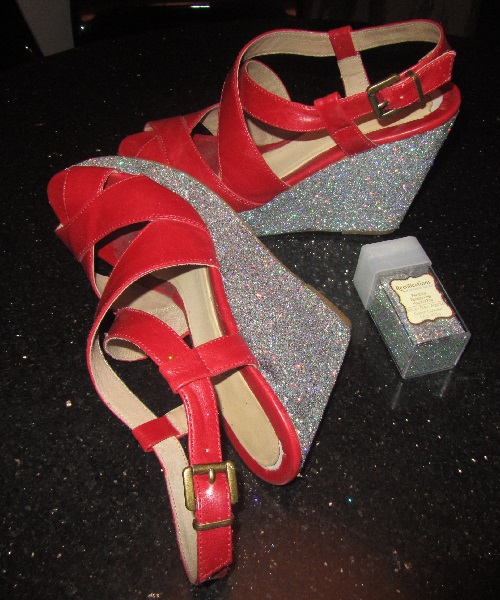 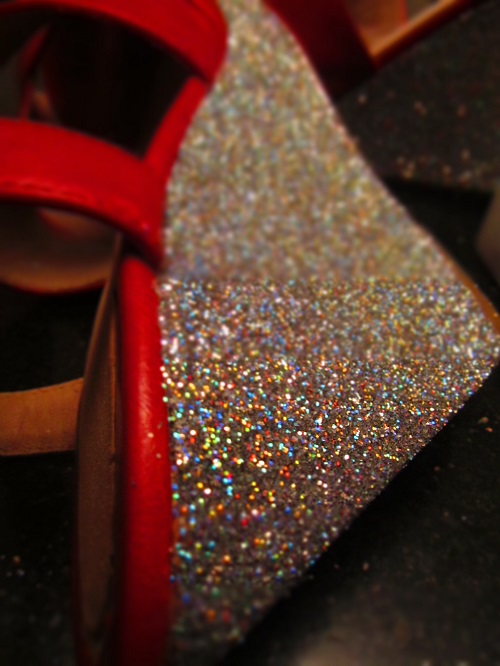 This was an easy project and next time I sparkle up some heels I won’t even have to tape the rest of the shoe. The glitter sticks only to the glue. I bought the glitter for less than $5 and the time to complete this project was about an hour.

I almost forgot to mention that I added this post to Citizen Rosebud’s Shoe Shine group linkup. Have a look at everyone else’s dazzling footwear!