It’s a busy week, with Christmas and New Year in the mix, but we made time to get downtown to ride the Seattle Great Wheel, a 175-foot-tall waterfront Ferris wheel. 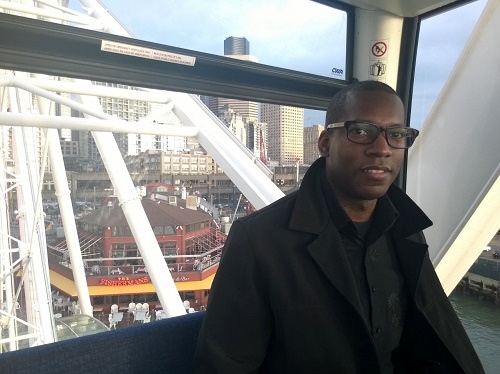 The views it offers are spectacular. 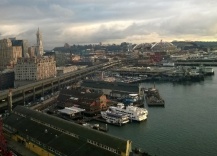 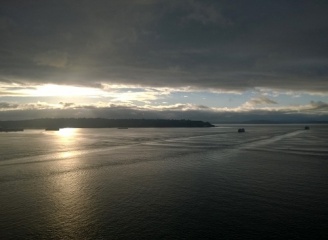 After riding the wheel, we wandered around downtown, peeking in storefronts and watching last-minute shoppers trying to complete their lists.

It’s hard to find places to eat dinner on our anniversary, because a lot of restaurants close early on Christmas Eve. Luckily, hotels are often the exception. We ate in the Boka Restaurant in the Hotel 1000. They had a great chickpea burger, which surprisingly went well with champagne! 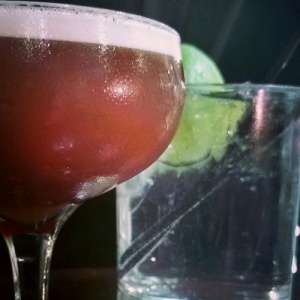 After dinner, we crossed the street to another hotel, the Alexis, and had a celebratory drink in their bar, called, oddly enough, The Bookstore.

I wouldn’t be a very responsible fashion blogger if I didn’t at least mention my outfit. Under my cozy pink scarf and warm, wool-free coat (by Vaute Couture), I had on this outfit. 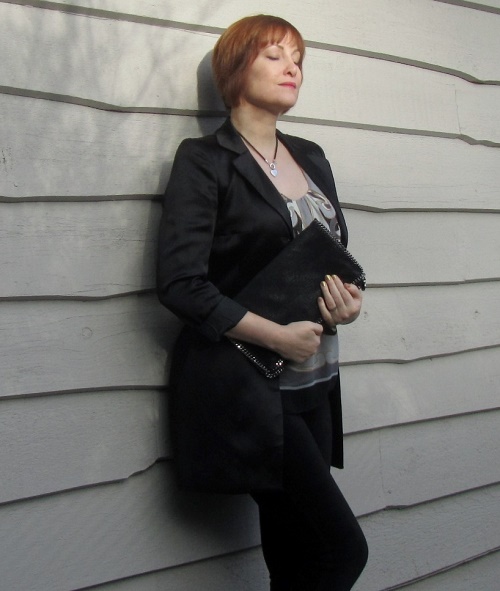 I hope you had a great Christmas. Happy New Year!

One response to “Anniversary Date”