Hendrix Hits London at the EMP

I recently paid a visit to Seattle’s Experience Music Project, a music-themed museum housed in a Frank Gehry structure near the Space Needle. One of the current exhibits is called Hear My Train a Comin’ and features clothing, instruments and artifacts that Hendrix and his band owned and used in London in 1967 as they were gaining popularity in the UK.

Hendrix is arguably the best guitarist in history, so I often forget what a style influencer he was too. He also broke color barriers and turned heads wherever he went. He would be 70 years old this year.

In the late ’60s, the London Scene was the place to be and much of youth culture originated there. Mods, rockers, dandies, folkies, and jazz-heads. It seemed London had it all.

Hendrix changed his name from Jimmy to Jimi when he landed in London. He was fortunate enough to find the music scene and jam with musical influencers like The Animals and Cream. After holding auditions, he joined forces with bassist Noel Redding and drummer Mitch Mitchell. The Jimi Hendrix Experience began.

Several of Hendrix’s outfits were on display at EMP. I was wowed with his custom, tailored jackets by Dandie Fashions. Why can’t men dress like this today? Add some color, pattern, and textures into your wardrobes guys!

This jacket was part of a suit, but Hendrix chose to wear the pieces separately. Good move! If you have a suit, the best way to freshen it up is to break it apart. 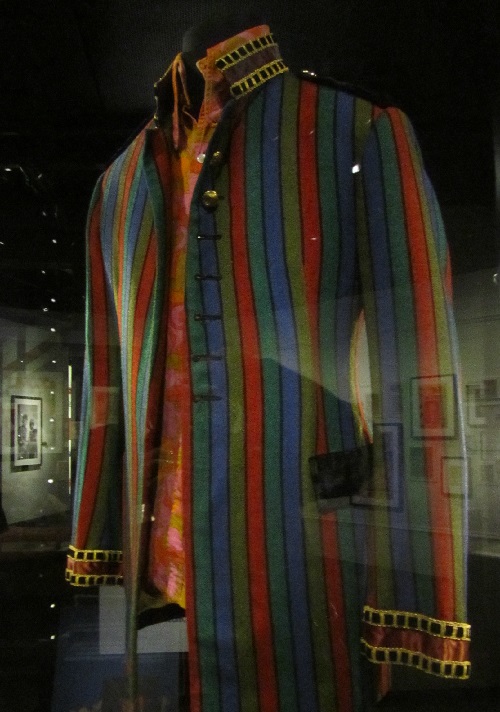 I never was a fan of destroying musical instruments–although it’s a very rock ‘n’ roll thing to do. But seeing the remains of Jimi’s guitars gave me an appreciation for them as art on their own.

Some of the instruments made it back to the US unscathed. 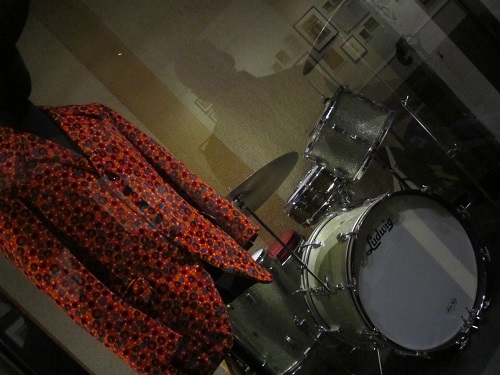 I liked seeing who influenced Hendrix. Everyone from Ravi Shankar to Johnny Cash, apparently. 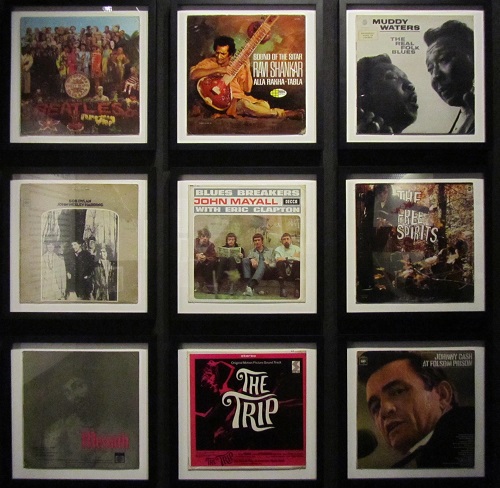 The exhibit is still on and I highly recommend it.