I just heard a song on the new Destroyer CD as I was listening to KEXP today. I love it and I’ve ordered it already. You might know Destroyer if you know The New Pornographers. If you don’t know either, I highly recommend both. They have very different sounds, and they’re both awesome. 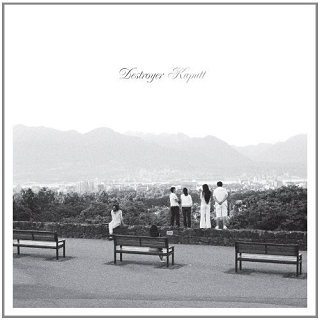 Daniel Bejar, Destroyer’s frontman, has collaborated and contributed to The New Pornographers. Both bands are from Vancouver, Canada and are a big part of the Canadian indie music scene.

Destroyer’s shoe-gazing, mellow sounds are mesmerizing, but are anything but simple. The lyrics are complex and intriguing, and I often struggle to understand the meaning behind the words. That’s a refreshing break from most song I hear on the radio.

When I hear Destroyer, I think of New Order. If you liked the soundtrack to Sofia Coppula’s 2006 movie Marie Antoinette – especially Ceremony by New Order – I think you’ll like Destroyer.

Destroyer’s been around off and on for over a decade—but it’s never too late to become a fan. If you’re in the Seattle area, check them out at The Crocodile on March 18, 2011—I’ll be there. The tour spans the continent, with shows in the US and Canada between mid-March to mid-April. Merge, the label their signed with, has all the tour dates on their website.